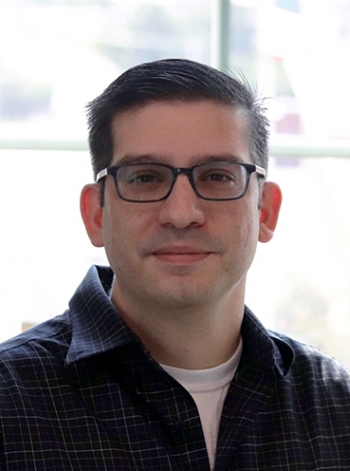 Paul is a Navy Veteran who served 10 years active duty time as a Navigation Electronics Technician. Paul is originally from Del Rio, TX. During his service, he completed Basic Submarine Enlisted School, Navigation Electronic “A’ School and completed 9 years sea service aboard 5 different submarines. He completed three Western Pacific, two Middle Eastern, an U.S. Eastern, and one Northern European deployment. His 9 years sea service included tours on the USS Charlotte, Greeneville, Jefferson City, Albany, San Juan, and was attached to Detachment Unmanned Undersea Vehicles. He has earned the Submarine and Deep Submergence Insignias Warfare. He left active duty in 2014 for the Navy Reserves and has served in battlespace management, emergency management, maintenance units, and is now the Senior Enlisted Leader for a Littoral Combat Ship Reserve Unit.

In 2017, Paul earned a Bachelor of Security Studies in Intelligence, Security Studies, and Analysis and later earned a Masters of Science in Homeland Security in 2018 from Angelo State University. He is currently enrolled in the Graduate School of Social Work with the University of Houston.

He started as the Military Veteran Peer Network (MVPN) Peer Services Coordinator for the Concho Valley with West Texas Counseling and Guidance in 2018 and is now the Director of Veterans' Services at WTCG.