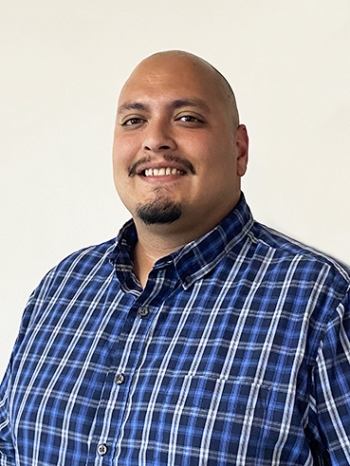 Oscar is a United States Marine Corps veteran from San Angelo, Texas. He enlisted during high school and shipped to boot camp in 2006 and completed his enlistment in 2011. During his time in service, he was stationed at Marine Corps Air Station Futenma in Okinawa, Japan, and at the Naval Air Station Joint Reserve Base Fort Worth. His job was a Marine Corps Fixed-Wing Aircraft Mechanic on the KC-130J Hercules.

After being Honorably discharged, he attended truck driving school, and was employed for Stevens Transport as an over-the-road driver and has worked for various trucking companies since.

Oscar graduated from Howard College in December of 2018 with his Associate of Arts in General Studies. Currently, he anticipates receiving his Bachelor of Social Work from Angelo State University in July 2021.

Oscar feels privileged to be working with local veterans and their families.